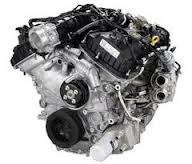 Ford engineers stepped up the design, development and production of engines in the 1990s. The Modular engine was built for the American auto market in 1991 although was recently discontinued. This engine series was a replacement for the Windsor V8. The 4.6 Ford engine has enjoyed a long history in many types of vehicles. Finding one of these in used condition does not have be difficult. The Preowned Engines company is one of the largest resources to locate Modular V8 engines for sale online.

Ford described the Modular 4.6 in the Lincoln Town Car as the InTech engine. This was a brand name marketed with the Lincoln vehicle series for the first two years of production. The 192 horsepower this two-valve design provided set the pace for more development by Ford in later years. The Modular engine is offered in three and four-valve designs for the SOHC builds aside from the Triton 5.4 builds. From Lincoln to Mercury to Ford, the 4.6 received a lot of attention during its 20+ years of production.

Ford used the base of the Modular engine in 1997 to form the 5.4 Triton engine. An increase to 16 valves was offered as well as the larger horsepower. Ford Motor Company engine buyers who prefer the Modular builds already know the power offered in this engine series. Buying engines from this resource provides multiple designs to buyers. The Lincoln InTech, F-Series Triton and standard 4.6 Modular V8 are all provided in the U.S. Each generation of the evolution of the Modular motors are covered at this resource.

All V8 motors that are shipped from this resource includes up to three years of warranty protection. This is one of the longest warranty terms for an independent engine seller online. A majority of used Ford engines that are purchased from auction websites and classified websites do not include any version of a parts warranty. The coverage now supplied with all previously owned engines from this resource is free of charge. This means that any motor shipped within the United States receives the added benefit of the warranty coverage.

Because the Modular engine is discontinued by Ford, locating exact replacements for a vehicle can be a challenge. All pricing for the in stock inventory found here is designed to be lower than most companies. All featured pricing is handled through the automated quotation system direct on this website. Any engine buyer who prefers to receive quotations online can utilize the system instead of calling the allotted toll-free number for help.

All price quotations delivered through the use of the toll-free number are always accurate and given directly by engine specialists. Each V8 block motor ordered from this resource is shipped out the same day. These are additional incentives that are provided for any buyer who receives a quote using this preowned motors resource on the Internet.