Toyota manufactured one of its first successful minivans in the 1998 year. The Sienna has remained in direct competition with rival automakers for nearly 20 years. Now in its 3rd generation of production, the Sienna minivan is continuing its trend as a top-seller in American marketplace. Replacing the 3.0 V6 Sienna engine with a worthy unit can and is possible for a cheap price. There are generally two ways that …Read More 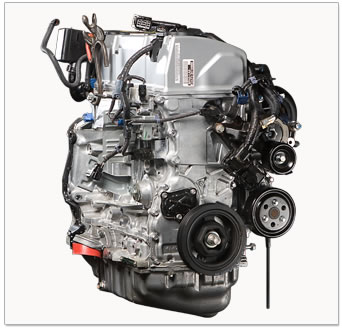 Toyota Camry Engines for Sale Camry was launched as a vehicle brand in the 1982 year. Toyota started to boost its sales of passenger vehicles. What made the Camry special was the entry-level 1.8 motors. These fuel efficient models are still a part of the Toyota company platform. PreownedEngines.com provides a large inventory of Toyota Camry engines for sale on the Internet. One thing that Toyota motor vehicles have that …Read More

The creation of pickup trucks helped to put Toyota on the map as a U.S. competitor. The emergence of the Tacoma truck series in 1995 created new interest in foreign trucks. There are different builds of engines that are offered in Toyota pickups for the U.S. market. The PreownedEngines.com company offers what could be one of the largest resources to explore online for engines. Not too many trucks offer a …Read More

Toyota is one of the performance engine manufacturers now building and exporting engines to the U.S. market. The fuel efficiency of motors from the Toyota lineup is one benefit that vehicle owners have. A resource to buy Japanese made engines can be a difficult thing to find. All motors that exist in the inventory give easy ways to purchase Toyota engines online. There are no surprises with motors here and …Read More