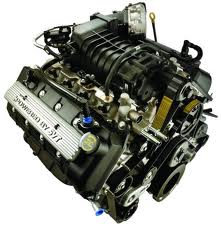 Ford first modified its F250 build in the 1987 year as a 3/4 ton truck. The torque was maxed out in this vehicle series as a major upgrade to the smaller F150 half ton. There are a lot of engines that have been used in V6 and V8 builds in Ford pickups. The Preowned Engines company makes it a simple choice to find quality Ford F250 engines for sale online.

The eighth generation of trucks for Ford was a game changer in the North American market. The inclusion of Supercab and Crewcab editions helped to offset more than the differences in engine power. Ford introduced the gasoline and diesel variances during the mid 1980s. The base Ford V8 motor was upgraded to the optional diesel builds that are still in demand.

The larger engine blocks used in the 1980s were quickly outdated in the F-Series trucks. Ford designed a powerful engine known publicly as the Triton in the late 1990s. This engine paved the way for V8 performance in the U.S. market. The 5.4 displacement was large enough to handle most demands while not lacking in fuel mileage.

The late 2000s introduced the larger 6.2 series. This build is still in use and one of the in-demand motors that are available. The second hand market is an excellent resource to find used Ford F250 engines for sale. This resource is the starting point for most buyers considering a purchase of a truck motor for an affordable price.

A quote for pricing is one of the ways that a person finds out how much engines will cost. The old way of finding out pricing meant that a customer service rep would deliver information by phone. The PreownedEngines.com resource makes it easy to receive a quote online instead. The quotation tool on this website is a great way to find out discounts and price drops for F-Series engines.

A large percentage of the motors built over the past 30 years for Ford Motor Company trucks can be quoted using the tools provided. There is a toll-free phone number offered for buyers of engines who want to match VIN numbers or other details before purchase. Buying preowned from this resource will literally save hundreds of dollars compared to buying Ford engines at auto auctions.