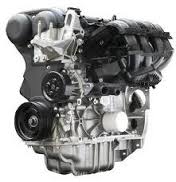 Mercury Mariner was one of the builds that mimicked the Ford Escape in the Mercury lineup. The crossover SUV appeal was offered from 2005 to 2010. Two different motors can be found for the Mariner in the U.S. PreownedEngines.com is one of the national sources offering low prices for used Mercury Mariner engines for sale online.

The first placement of motors in the Mariner SUV was the 2.3. These Duratec editions were the same motors used inside of the Escape. Production for these motors took place in the U.S. until the termination of Mercury as a brand. The four-cylinder base power that was offered in the 2.3 introduced economy and better fuel mileage to vehicle purchasers.

Like most Ford produced vehicles, multiple engines were used to promote better handling for consumers. The base Duratec engines were quickly upgraded to the newer standard in Ford produced vehicles. The 3.0 V6 is one of the most common types that are featured in the U.S. These units have been used in trucks, SUVs and sedan vehicles for more than a decade. The 3.0 and smaller units are what can be purchased using this resource.

The SUV vehicles that Ford produces often share technologies. This is one way that has improved the overall longevity for each motor. This theory is expanded upon with the used motors sold through this resource in the U.S. A two to three-year warranty program is now included for each used Mercury motor that is purchased. Any buyer receives this coverage at no extra cost when processed sales are completed.

Mariner SUV engine prices are given out through two ways on this website. A researcher who is interested in reviewing a sticker price before a purchase takes plan can benefit from online tools. The quotation tool that is programmed for consumers to use on this website is the first step that can be used. The Mariner engine year and make are needed to produce the online quotes.

Telephone quotations are still a way for buyers to receive extra information offline. A toll-free phone access number is provided to users of this website. A quick check of engine codes, VIN numbers and mileage can be conducted by phone. Trained engine staff and not salesmen handle all of the calls. A 2.3 or 3.0 engine price is automatically generated through use of the phone system in the U.S.